The Early Days of Pearl Beach

It is written in Ben Smith's book - Pearl Beach - Early Days, that "For 20,000 years the aborigines of Broken Bay would have looked south over Mount Ettymalong across a horseshoe shaped beach, devoid of any buildings or evidence of what we call 'civilisation'."

Europeans first came to Broken Bay and that Pearl Beach was first visited by Governor, Captain Arthur Phillip on the Sunday, 2nd March, 1788 a mere five weeks after the arrival of the First Fleet in Port Jackson. Phillip made an expedition by water in two longboats to inspect land in the large bay (so named Broken Bay after the broken appearance of the surrounding land) mentioned in the chronicles of Captain James Cook. Landfall was not made by Capt. Phillip's expedition as although the natives appeared friendly, their numbers discouraged him and that night they slept in their long boats. Prior to Phillip's visit, the land abounding Broken Bay was inhabited by a large population of indigenous peoples, mainly the Gurrungai Aboriginal people who lived along the shoreline for tens of thousands of years. 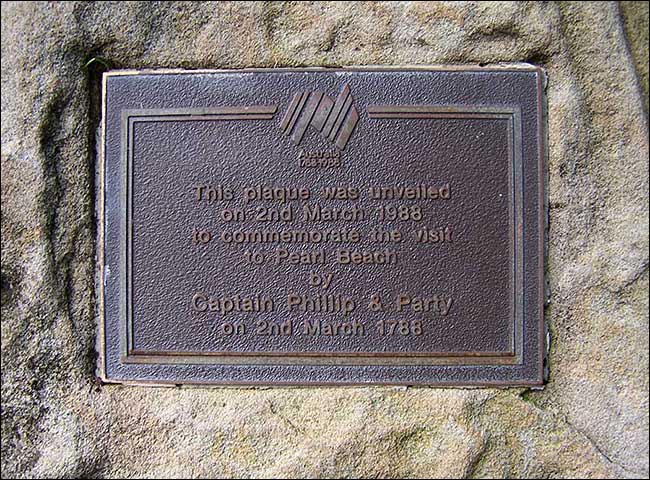 In the 1800's, little development occurred in the area and mostly consisted of grazing of cattle together with a timber industry to aid the early ship building industry of our burgeoning nation.

It wasn't until the beginning of the 20th century that people started to visit the area for mostly fishing or to collect abalone shell for the adornment of gravestones. In 1902, professional fishing began in Broken Bay and it is recorded that when the weather was fair, one of the fishing inspectors from Brooklyn took people in his boat to Pearl Beach for shooting trips.

Mr George Butler of Dangar Island, with his son and his brother Jack Butler regularly rowed to Pearl Beach in 1924. They stayed overnight in George's rough beach shack. His brother enjoyed Pearl Beach so much that he continued to come here to fish and for holidays. George owned numerous blocks of land in various parts of the village at the time and in 1928 Jack, a builder by profession, purchased a block from George that was located in Crystal Avenue and used it for holidays. Later Jack sold his Crystal Avenue block and purchased a number of blocks at the northern end of the beach in Diamond Road and in Cornelian Road. Jack and his wife Ruby moved permanently from Sydney to Pearl Beach in the latter part of the 1940's. Jack built his family home, which still remains today in Diamond Road.

Early family names to settle here are (in no particular order) Steinbeck, Irvine, Symonds, Butler, Bartholamews, Knight, Mazlin, Harris', Westlake and many others mostly from the early 1900's onwards. Today, many descendants remain in or retain connections with Pearl Beach. All have contributed to the rich heritage that has become an integral part of Pearl Beach today.

In 1921, Mr Clive Staples, real estate businessman, entrepreneur and capitalist of Sydney bought all four portions of land [comprising the current village of Pearl Beach] from, what was then known as, the Davis Estate for development. He renamed the area Pearl Beach; many believing because he thought the surf patterns on the beach shoreline resembled a string of Pearls. But there are many versions about how the name of Pearl Beach was derived. In 1925, Clive Staples developed and subdivided the area and offered the land for sale as the "Pearl Beach Estate". Almost all of the village streets are named after a gem stone but no street named Ruby. Why? A theory is said to be quoted by Staples' niece, Gwen Thew, that sometime before the subdivision was completed, Staples' daughter Ruby died aged forty and left a family of four children. Possibly bourne out of a feeling of respect, or not wishing to be constantly reminded of his bereavement. He specifically ordered that 'Ruby' was not to be one of the road names included in the estate. 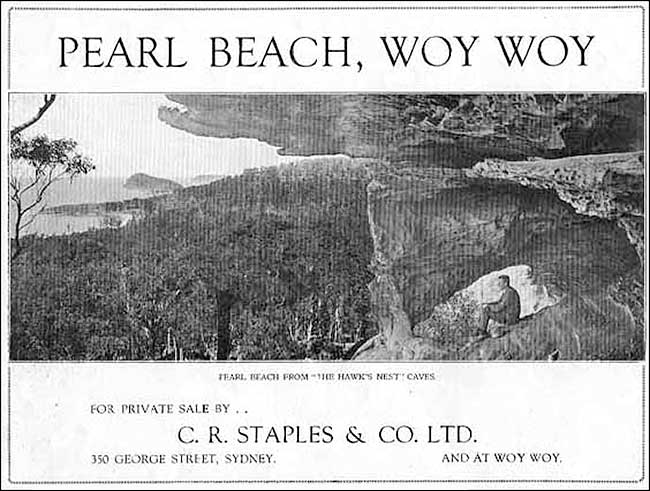 The number of permanent residents grew slowly through the 1920's and 30's and following the Second World War there was an explosion of people wishing to leave the city 'rat race' for the quieter life on the Central Coast. In 1925, the first road to the village was constructed and became know locally as Cliff Drive. It wasn't until the 1950's to the 1980's that a rapid expansion occurred where many more private residences were constructed within the Pearl Beach village. 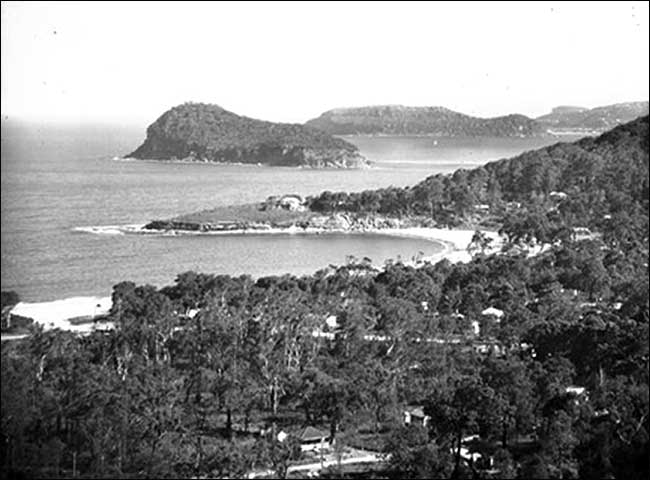 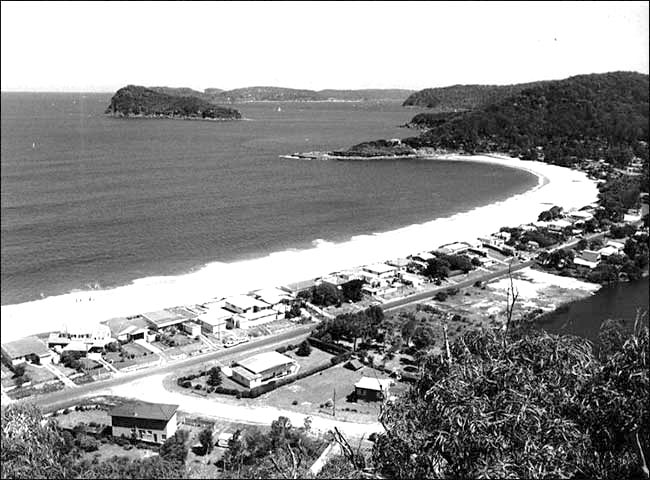 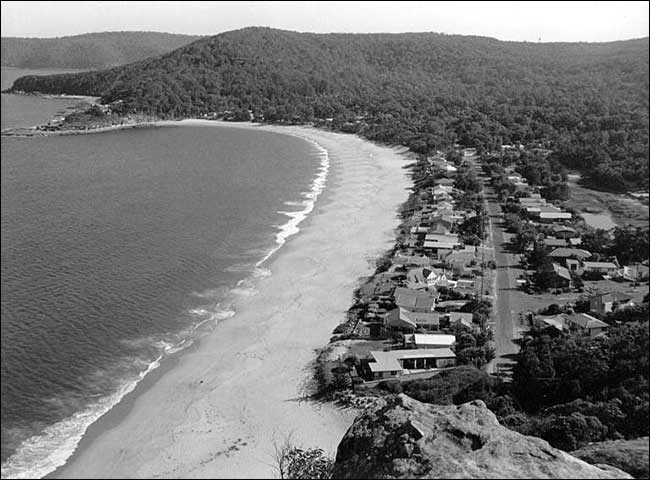 The first house on the Pearl Beach Estate was built in 1926 and precipitated others to be built also. As the community grew, later in 1929 an energetic local group formed a Progress Association. It was decided that a community hall was needed and so several of the community came together, purchasing a block of land on the southern end of Diamond Road. For the following twenty years, Progress Association ,community members and other interested citizens united to raise the necessary funds to build a community hall. A concentrated effort following the cessation of the Second World War saw fundraising activities finally achieve the goal amount of £1,000 to build the hall.

The block was cleared and second-hand building materials were obtained from various sectors and building commenced late in 1948. The foundation stone was laid on Saturday, 30th October, 1948 by Gosford Shire Councils, Councillor W. L. Lloyd during a special ceremony on the site. 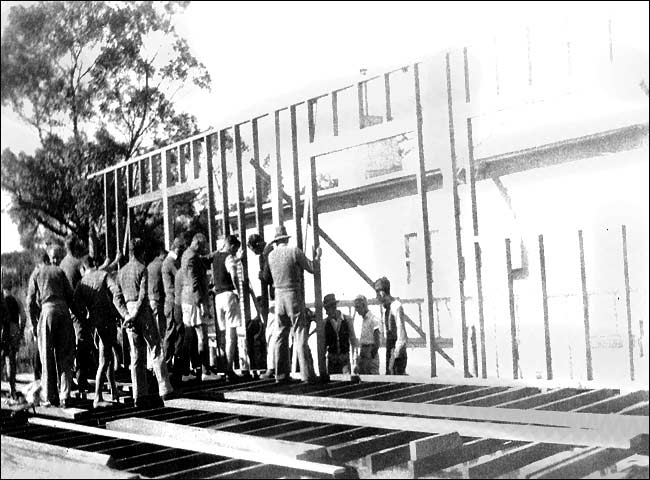 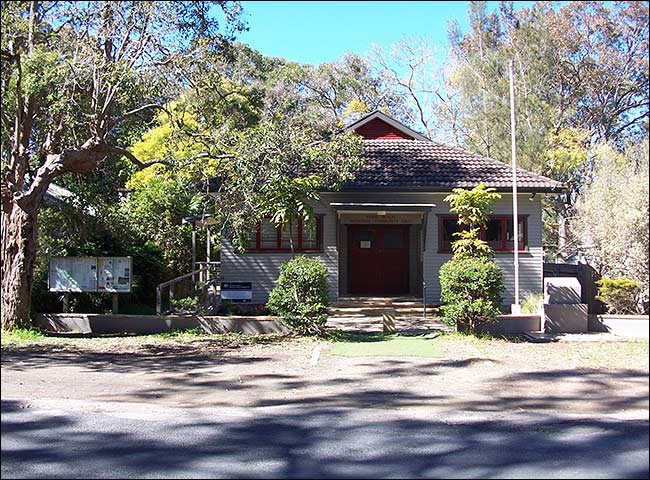 The official War Memorial was donated to the community of Pearl Beach by Mr Jack Butler who supplied the materials and personally built the cenotaph. Its plaque bears an honour roll of the names of five Pearl Beach servicemen who lost their lives during the 1st and 2nd World wars. The monument was officially dedicated on Saturday 16th September, 1950. Today it is listed in the Australian War Memorial register. 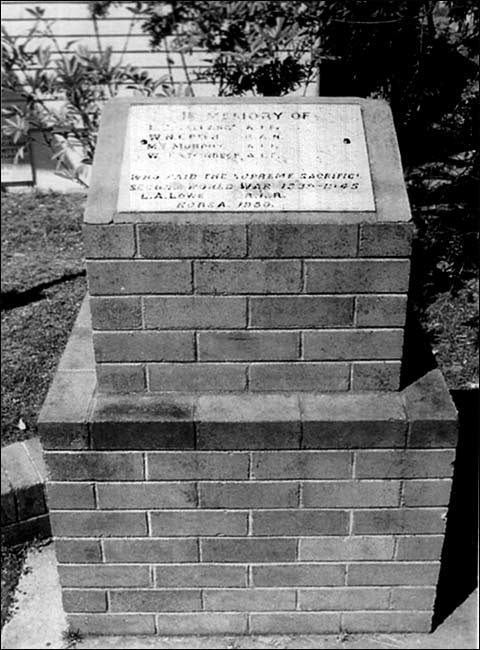 Today the Pearl Beach Community Memorial Hall is the an asset valued by all Pearl Beach residents and property owners. It embodies the friendliness and neighbourliness of the local community. The centre is used every day by one or other of the many village community groups, Progress Association events, musical recitals and art and craft shows to preschool play group children. For many, the hall is the focal point of Pearl Beach and others, the place where most things of importance to the community of Pearl Beach take place. The highest on the list is the annual ANZAC Day service is held in the hall.

Change has come before to Pearl Beach and will continue to come in the future with older residents leaving and younger ones taking their place; with older houses being replaced with newer modern structures is inevitable in a progressive village.